Home Blog How to protect yourself from air pollution, Part I

How to protect yourself from air pollution, Part I 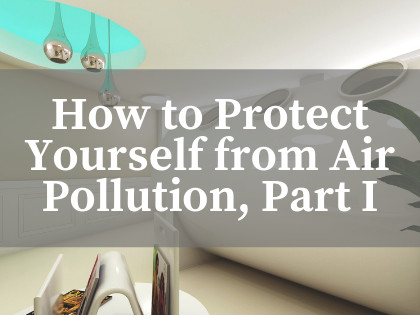 What is Air Pollution?

Air pollution is a saturation of microscopic substances in the air, either artificial or natural, which can harm human health and the environment. Fine particles of combustion of coal, fossil fuels, wood and other materials can fall deep into our lungs and spread through blood vessels throughout the body.

A World Health Organization report states that outdoor air pollution is a major risk to human health. They report that air pollutants can worsen asthma, increase cough, and reduce lung function. It can also increase the risk of bronchitis, headache, irregular heart rhythm, the risk of heart attack and premature death in people with heart or lung disease.

The largest contributor to air pollution in the cities include the exhaust gases from cars, buses and planes. Ground-level ozone, which results from the interaction of engines and combustion gases with the sun's rays, is also a factor.

Acid rain is formed when the moisture in the air reacts with nitrogen oxide and sulfur dioxide released from motor vehicles, factories and power plants that burn coal or oil.

However, rural areas are not immune to air pollution. Dust from tractors that plow fields, trucks and cars moving on a black or off road, rock quarries, and smoke from fires and wood can pollute the fresh air.

Who is affected by air pollution?

Although everyone is affected by air pollution, those who are particularly at risk are: